The founder of OPM ministry, Apostle Chibuzor Chinyere has promised to sponsor former homeless actor, Kenneth Aguba to Dubai for his honeymoon,  if he agrees to marry. 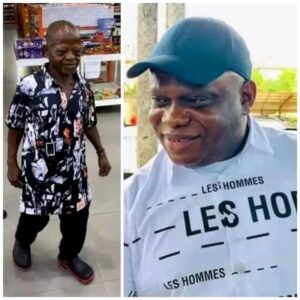 The pastor has also promised to start up businesses for him. Recall that the actor insisted on getting married to a virgin from Israel. Apostle Chibuzor has now concluded that once Actor Aguba decides to marry one of the widows who agreed to marry him, he will sponsor their honeymoon and open businesses for them.

Once Aguba Agrees To Marry.

1. I will support his wedding.

2. After wedding I will send Aguba and his new wife for honeymoon in Dubai. Hotel, feeding, shopping, tour guide etc.

3. I really want Aguba to settle down and have children of his own.

4. All the children they will have scholarship from OPM nursery to primary school and university overseas.

5. I will establish businesses for them.