Kim Kardashian has travelled to Australia to reunite with her boyfriend Pete Davidson after four-weeks apart, TMZ reported.

The 41-year-old reality star – who was married to rapper Kanye West from 2014 until 2021 and has North, nine, Saint, six, Chicago, four, and Psalm, three with him – has been dating ‘Saturday Night Live’ alum Pete, 28, since October and has reportedly gone Down Under to visit him on the set of his new movie ‘Wizards!’ after four weeks apart. 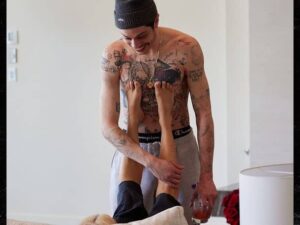 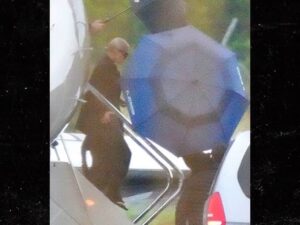 The outlet went on to allege that Kim arrived from her native L.A in Australia on her private jet, and claimed that she was photographed deboarding the aircraft on Saturday (16.07.22) wearing an all-black ensemble and oversized sunglasses.

The news comes just days after Pete has previously admitted that he would love to become a father one day.

He said: “My favourite thing ever, which I have yet to achieve, I wanna have a kid. That’s like my dream. It’s like, super corny. It would be so fun. Dress up the little dude. That’s kind of what I’m just preparing for now, is just trying to be as good as a dude, develop and get better so when that happens it’s just easier!”